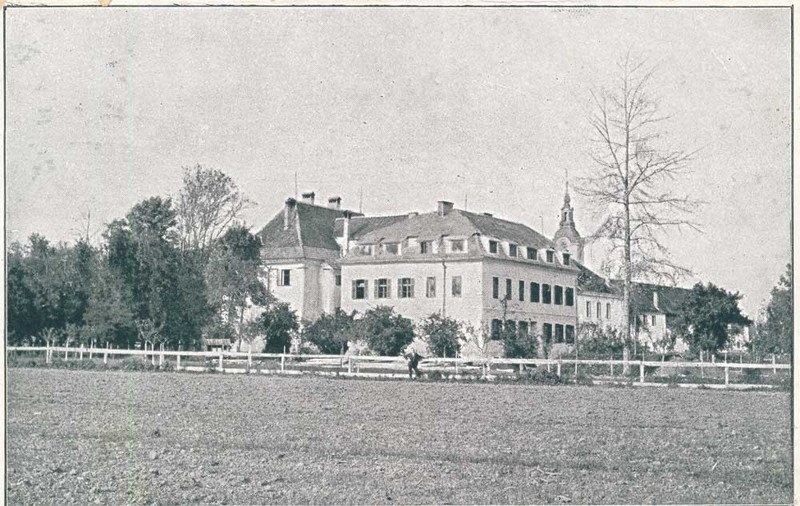 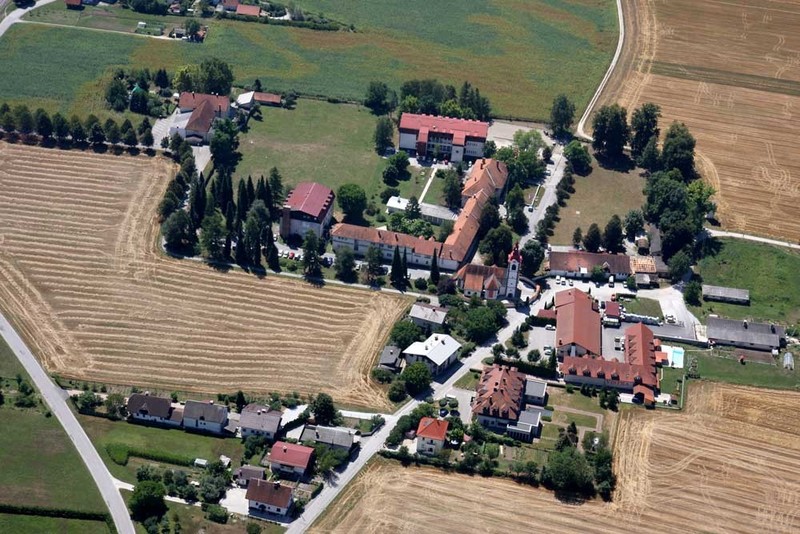 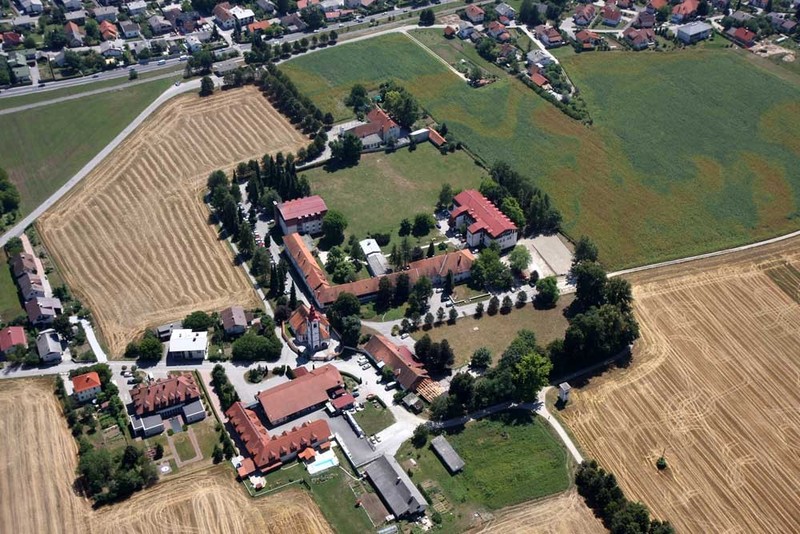 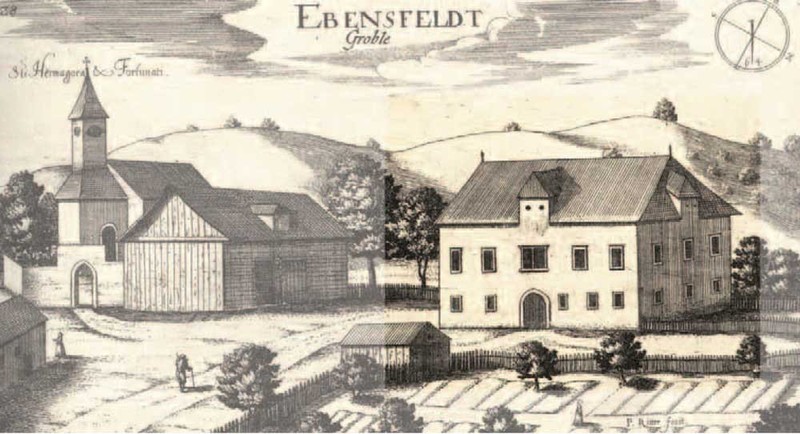 Today, the Biotechnical Faculty houses the premises of Castle Groblje, otherwise the castle was mentioned in the documents as early as 1611 when it was ruled by Lovrenc Spitzig. In 1679 the historian Janez Vajkard Valvasor printed a picture of the cemetery and the church of St. Mohor and Fortunat. In his time, the widow's estate was owned by the widow Ana Kunst, and Janez Jurij Posarelli is mentioned as one of the ancestors of the cemetery.

Art historian John Veider found that the Duke of Auersperg had not rebuilt the old manors in 1689, but had built on the south side a brand new, uniquely designed building with a split and symmetrical facade with a portal, a shallow balcony and a weighed shape of the perch. The Duchess gave the Cemetery a redevelopment of the cemetery, so a hunting lodge was erected. According to Dolnicar's report, a new manor house in Cemeteries was built by Ljubljana builder Karel Martinuzzi.

Ownership changed a lot and the castle passed into the hands of the Lambergers. Francis Bernard, Count of Lamberg, rebuilt the cemetery church and gave it a picture of St. Notburge. His successor, Frank Adam Lamberg, gave the church a painting by Fran Jelovšek. On February 22, 1774, the provincial government issued a decree that the land of the Mengeš Parish and its branches should be transferred to the Cemetery estate. On January 17, 1783, Frenchman Adam Lamberg asked to join the estate in the cemetery to the Brdo pri Lukovici estate.

In 1838, the cemetery estate, fields, gardens, meadows, residential and farm buildings were bought by Baroness Antony Alojzij Erberg, later married to Attems. The baroness turned some of the land into an avenue. Five years later, the estate was sold to Karl pl. Wurzbach, and after his death was given to him by his son, Baron Alfonz Wurzbach pl. Tannenberg. In the early 20th century. the cemetery economy began to collapse and Baron Alfonz sold off the land. On February 5, 1917, he sold the castle and property to the Charity Association in Ljubljana, and on September 21, 1920, he sold it all to the Missionary Society of St. Vincent of Pavelsky in Ljubljana. Missionaries - Lazarists converted the apartment buildings into a mission house with a chapel, and the land was cultivated. They operated here until World War II. During the war, the partisans burned down the mission site, and the property was nationalized after the war.